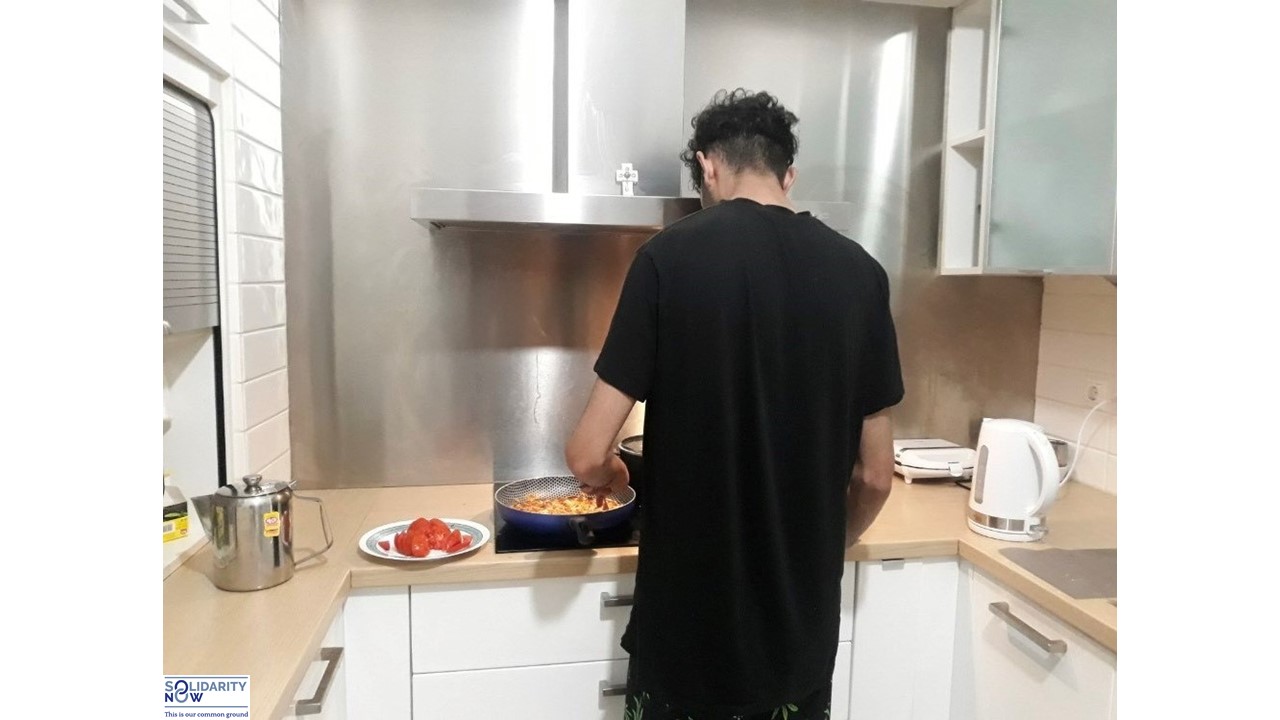 We stand by the side of children aged 16+, in Athens and Thessaloniki

They took the first step: to leave their country, mostly due to violence, war, and conflicts. Then, they arrived in our country. Many of them were forced to live homeless for days, to hide, to avoid dangers, to work for survival. Some stayed for several months in accommodation structures, in Reception and Identification Centers, in overcrowded camps on the islands or on the northern borders, often under dangerous conditions. And luckily, many of them survived. Unaccompanied children in Greece in 2020. Now is the time for these children to take the next step. And SolidarityNow is next to them in order to help them stand on their own feet, empower them on the way to adulthood and enable them to claim their own independent life.

As of September 2020, SolidarityNow has begun to actively support one of the most vulnerable population’s groups, that of unaccompanied minors. “Step by Step” is the name of the new program “Supported apartments for Unaccompanied Minors aged 16+”, in Athens and Thessaloniki. The “Step-by-Step” program (MIS 5063334) is implemented in the framework of the National Program of the Asylum, Migration and Integration Fund, from October 1st, 2020 and for a period of 12 months, with the co-funding of Greece and the European Union. “Step by Step” is supported by the Special Secretariat for the Protection of Unaccompanied Minors and the Prosecutors for Minors and local competent Public Prosecutors.

SolidarityNow began the implementation of the “Step by Step” program, in order to stand by the side of unaccompanied children, who under very difficult conditions have to start a new life in a foreign country away from their own people and contributes to the overall effort of the state and Civil Society for their protection.

Unaccompanied minors are boys and girls under the age of 18 who are in the country unaccompanied by an adult responsible for their care and who have applied for or are about to apply for asylum. Unluckily, despite the efforts of the state and humanitarian organizations, the number of unaccompanied children in need of immediate and urgent support remains high.

According to the statistics by the National Center for Social Solidarity, the estimated number of unaccompanied minors in Greece until October 15, 2020 was 4,190, 92.8% of which are boys, 7.2% girls and 8.5% under 14 years. Many of the unaccompanied children are living in precarious housing conditions or are homeless.

“Step by Step” on the side of the Unaccompanied Children

SolidarityNow offers an alternative form of care and living for unaccompanied children in supported apartments in the two biggest urban centers of the country. In addition to secure housing, the program focuses on the provision of expanded services by the organization’s trained staff.

The twelve (12) supported apartments, eight (8) in Athens and four (4) in Thessaloniki, function since October 2020 and have a capacity of forty-eight (48) beds. A total of 48 children will be accommodated, 44 of which are boys and 4 girls. The children are aged 16+ and come from countries such as Afghanistan, Iran, Pakistan, Egypt, and Syria.

The purpose of the program is, at the same time, to ensure and protect the fundamental rights of unaccompanied children. Furthermore, our goals are the individualized care and protection of children, the improvement of their abilities and skills, the one-to-one support in order to achieve their personal goals, the strengthening of their self-confidence and self-preservation so that they can become autonomous. In this way the children are supported towards adulthood and are led -step by step- to a smooth integration into the Greek society.

The SolidarityNow team in Athens and Thessaloniki, consisting of qualified workforce, provides children with:

– legal advice and facilitation of access to public services

“SolidarityNow, with its long experience in supporting vulnerable groups, is launching a new program, which will support unaccompanied children towards adulthood, so that they can integrate smoothly and gradually into Greek society. We are excited to welcome the first children who enthusiastically express their desire to follow us step by step in a common path that will lead them closer to their dreams“, says Evdokia Bakalou, Project Coordinator in Athens.

The “Step-by-Step” program (MIS 5063334) is implemented in the framework of the National Program of the Asylum, Migration and Integration Fund, from October 1st, 2020 and for a period of 12 months, with the co-funding of Greece and the European Union. “Step by Step” is supported by the Special Secretariat for the Protection of Unaccompanied Minors and the Prosecutors for Minors and local competent Public Prosecutors. 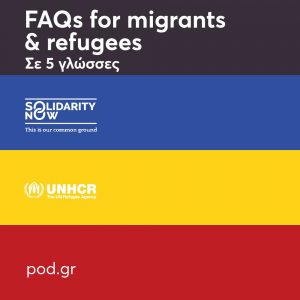